Kolkata has been called a city of furious energy, the city of joy, a dying city. It is teeming, intense, broken and modern, old British empire and a stronghold of Bengali pride and culture. It’s crumbling and developing, wealthy and poor. It’s digested a tragic history but has a unique soul where it’s almost obligatory to have chats, or ada, with random strangers in the streets.

Elsewhere is an English-language print journal dedicated to involved and intelligent writing about place, whether from travel writers or local ramblers, deep topographers or psychogeographers, overland wanderers or edgeland explorers.

Photos from the streets of Kolkata

Rows of jeans hanging over a Kolkata back steet 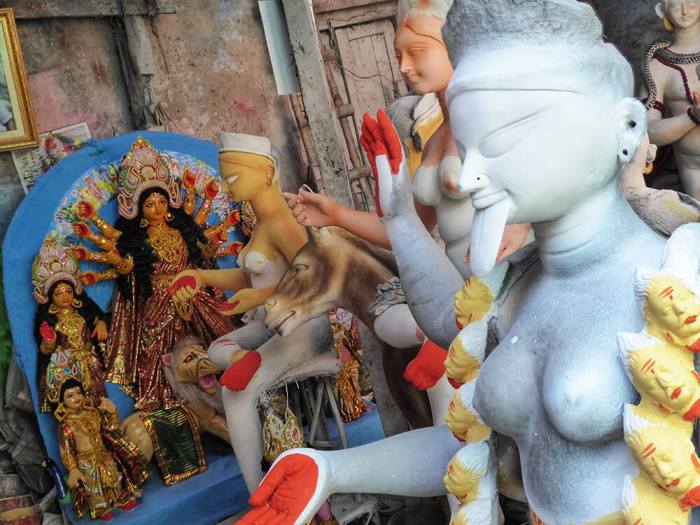 Painted goddesses standing in a workshop 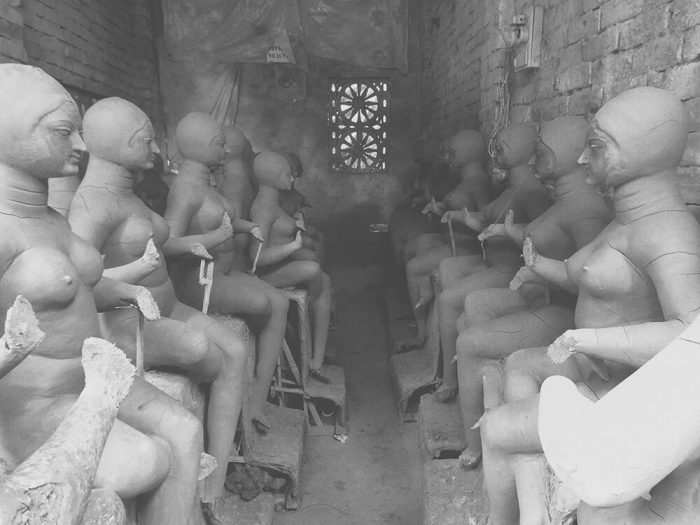 Inside the neighbourhood of gods and goddesses 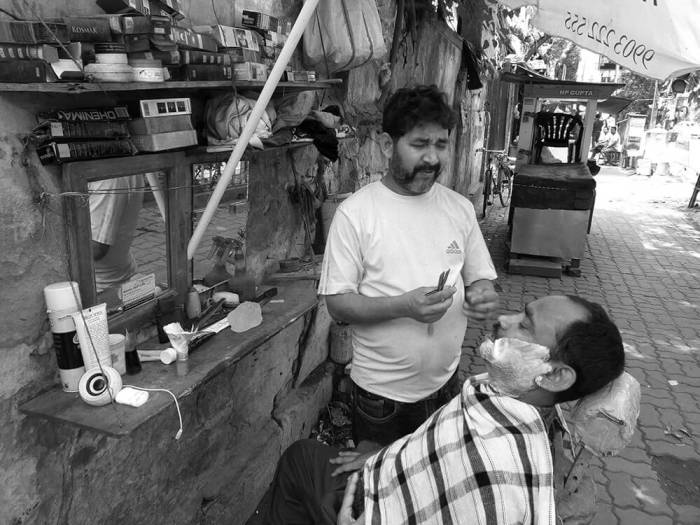 Early morning scene, down by the Hooghly River and the Howrah Bridge 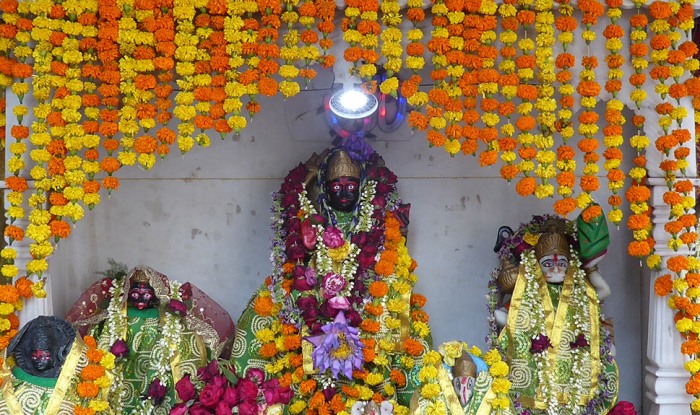 Hindu shrine on streets of Kolkata

Book stall in the ‘Neighbourhood of Books’

Street ironer doing an immaculate job on my shirt.